You’ve probably spent many hours looking at adorable photographs of Australian Shepherds if you’re learning about them or thinking of getting one as your pet.

Some Australians have tails while others do not, as you may have noticed. It can be confusing and you may ask yourself, do Australian Shepherds have tails?.

Are Australian Shepherds born without tails?

One out of every five Australian Shepherd pups is born without a tail.

Why don’t most Australian Shepherds have tails?

Most Australian Shepherds have their tails docked within three days of birth.

Some reasons for docking the tails of Australian Shepherds include:

Many Australian Shepherds are born with a blunt tail that does not taper. It is not attractive and sometimes it appears as though sliced in two.

The second common reason for docking an Australian Shepherd’s tail is the presence of a kink – or, more accurately, a curve – in the tail. In Australian Shepherds, kinked tails are considered a malformation. Curved tails, in other words, are disliked by dog owners.

The gene for bobtails

As previously stated, approximately 20% of all Australian Shepherds are born without a tail. This gene is an “incomplete dominant gene” since it causes a genetic mutation.

Aussie puppies only need one copy of this gene to be born with a naturally bobbed tail. Puppies who have two copies of this gene are at risk of dying. Usually, they don’t make it.

The bobtail gene, also known as the T gene mutation C189G in scientific circles, can determine whether a puppy is bobtailed but not the length of the tail. Even bobtailed Aussies’ stub tails can vary in length.

Furthermore, the gene does not affect whether the tail is straight or curled. Other genes or bloodline DNA controls all of the other characteristics.

Why do breeders remove the Australian Shepherd’s tail?

Now that we know the Australian Shepherd can be born without a tail, it is natural to ask why we aren’t breeding natural bobtailed Aussies instead of clipping off tails of puppies?

It is not advisable to breed natural bobtail Australian Shepherds with each other for the following reasons:

1. Can be life threatening to puppies

In the majority of the cases, it will most likely end in the death of puppies.

Aside from the possibility of dying puppies, there are a lot of other issues to consider. Spina bifida is a condition where the tail/anus area fails to grow normally. It’s a horrible sight to watch, and practically all dogs who have this mutation die.

Another primary reason for not intentionally breeding bobtailed Aussies is the risk of contaminating the gene pool. You’d be restricting the pool’s diversity of genes by doing so.

In the United States, we breed only a limited number of Australian Shepherds, and a more selective breeding technique may result in a weaker breed.

Although one can breed natural bobtail dogs, it is impossible to breed for a precise length. Bobtails have stubby tails that aren’t always attractive. They are either overly lengthy or kinked. As a result, owners may decide to dock them.

5. Other characteristics can get overlooked

Finally, by focusing solely on breeding for natural bobtails, breeders may be forced to overlook other critical characteristics of Australian Shepherds such as temperament, colors, work ethic (for herding), and health.

How and when are Australian Shepherds’ tails docked?

We previously discussed how breeding Australian Shepherds with naturally bobbed tails can result in a deadly health risk if two copies of the T-gene are passed down to pups.

However, the length of an Australian Shepherd’s docked tail should not exceed four inches, or it will be regarded as a kennel club violation.

If you’re set on meeting this bobbed tail criteria, docking their tails rather than reproducing them would be a lot safer option.

So, when is the best time to dock an Australian Shepherd’s tails?

The most common method involves using an orthodontic band to effectively cut off the blood flow at the end of an Australian Shepherd puppy’s tail. The band stops blood circulation, and the tail dries up and falls off within a week.

Tails are cut off with surgical scissors by most vets and reputable breeders. Sutures are frequently used in larger breeds and are required in adult dogs.

Why do Australian Shepherds need to have their tails docked?

There are various reasons for an Australian Shepherd puppy to have his tail docked. Let’s have a look at the main reasons:

Prevention of injury is one of the main reasons for docking the tail of an Australian Shepherd. In the western United States, Australian Shepherds were bred to be expert herders. Unfortunately, for most working dogs, the terrain and surroundings in this area are not optimal.

In this section of the nation, there are numerous weeds, tall grasses, shrubs, and other hazards, which could hurt the dog’s tail. It only takes their tail to clip something while they’re running full speed.

For the Australian Shepherd, tail injuries can be excruciating. It’s not only painful but also tough to treat. It is possible to limit the potential of such an injury by docking the tail.

Although this isn’t the best argument, it’s still popular among owners. Dog breeds with thick coats, such as the Australian Shepherd, are prone to dirt gathering on their fluffy tails.

Furthermore, because of the tail’s proximity to the anus, dog poop frequently gets trapped on it. This unsanitary occurrence is reduced by docking the tail, and dog cleanliness is improved.

Is it appropriate for Australian Shepherds to be without tails?

We must ask ourselves if our attempts to emulate naturally bobbed tails are correct after learning both explanations for an Australian Shepherd’s lack of a tail.

While there are certainly strong reasons to dock a dog’s tail, there are undoubtedly more compelling ones not to do so. The most popular justifications for docking a working dog’s tail are injury prevention and improved hygiene.

But, considering that most dogs are kept as pets, are those justifications sufficient? Many people believe that puppies’ neural systems haven’t evolved enough to feel pain while docking; however, the puppies scream out throughout the surgery, proving the opposite.

It is reasonable to expect that the recovery phase following docking will be painful or unpleasant.

Any knowledgeable or competent dog breeder should recognize and know better than to breed Australian Shepherds only for their tail.

Amateurs or backyard breeders, on the other hand, may foolishly attempt to breed natural bobtails, only to produce puppies with crippling or even deadly diseases.

When you encounter an Australian Shepherd, it may or may not have a tail, depending on whether it is naturally bobbed or has been docked.

Traditionally, a dog’s tail was docked to prevent damage and keep the dog tidy and clean, but it is now more for cosmetic reasons.

Rest assured that the dogs you see walking around without a tail are unconcerned by their lack of a tail and likely lead full, happy lives. 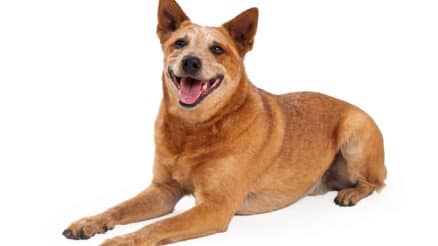 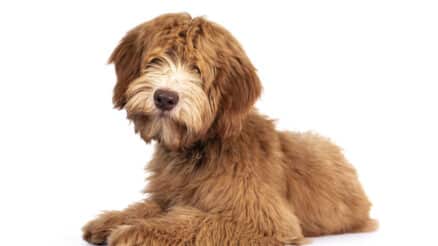 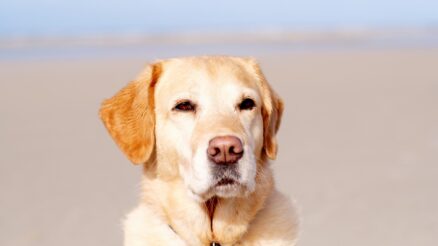 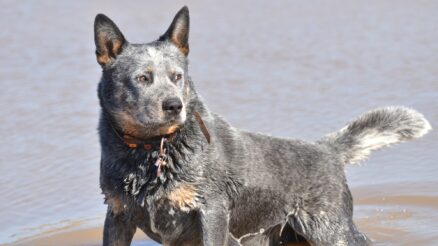