How to get two dominant cats to get along? 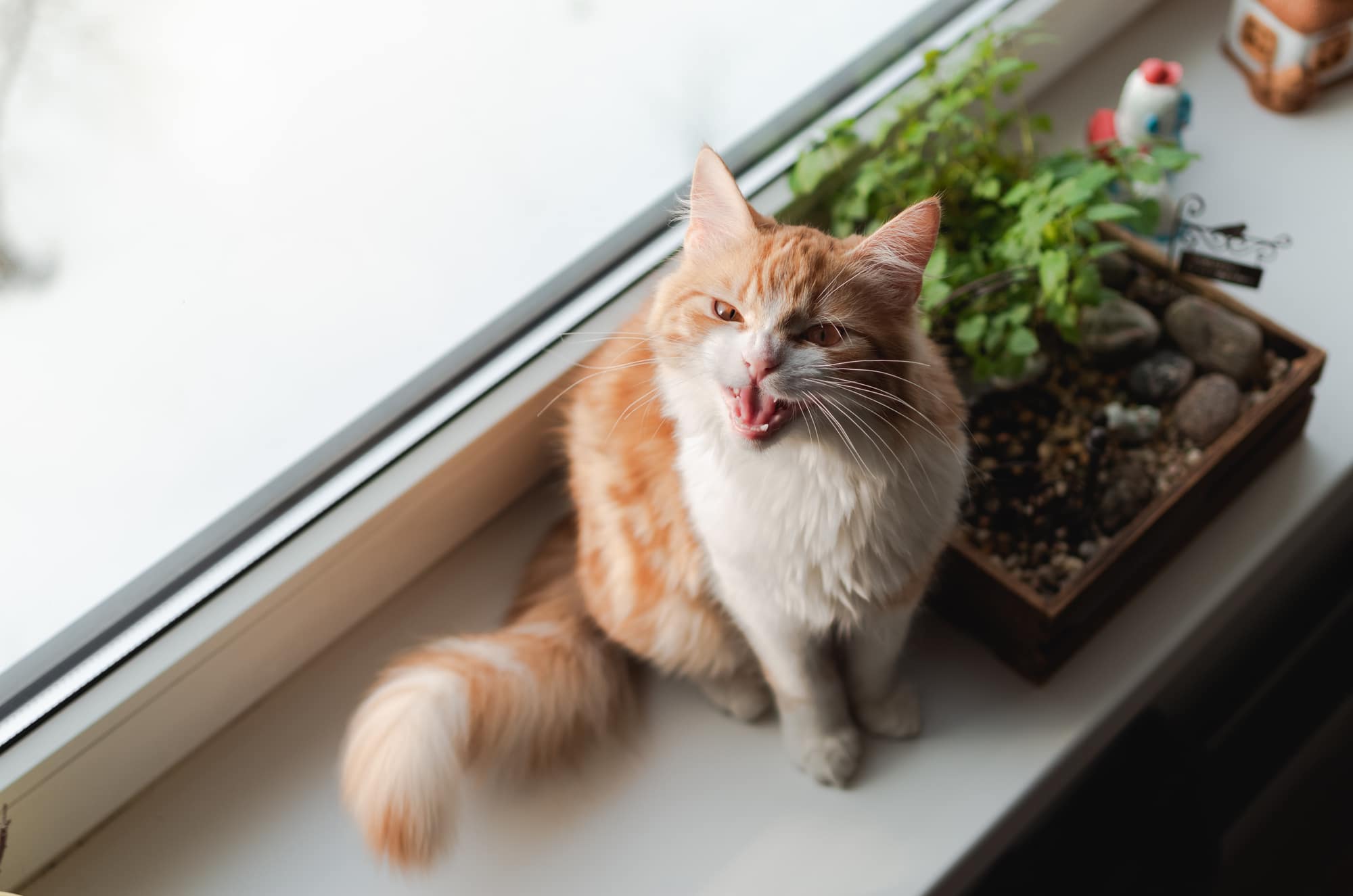 Cat owners frequently adopt multiple pets to provide their cats with companionship but there are situations when two cats do not get along. If you are in such a situation you may be wondering how to get two dominant cats to get along?

You may be discouraged if your cats are suddenly communicating with hisses and claws, whether it’s because of a failed introduction or a recent dispute between two cats.

Well, read on to find out how to get two dominant cats to get along.

Certain cats will not give peace a chance, and there are several reasons cats may not get along.

Undersocialization, or a lack of positive interactions with other cats early in life, is the most common problem.

If your cat was the only cat in your household with little or no contact with other felines, he might get angry when introduced to another cat.

The aggressive reaction could be due to fear of the unknown, lack of social skills, or the disruption to his routine and environment.

Cats prefer stability over change, especially if the change involves introducing a newcomer into your cat’s established territory.

Cats are territorial creatures. While some cats are okay to share their territory, others prefer to keep a safe distance. It may be challenging for two unrelated males or females to share space.

Cats dislike sharing and can be stingy with their resources. They may be possessive of necessities such as litter boxes, food, and water. However, a favorite window perch, a cat tree or condo pet bed, a catnip toy, or even a beloved towel might become a source of jealousy.

You may avoid these problems by ensuring that their favorite resources are available and distributed throughout the house.

Don’t keep toys in the same place, and don’t put the window perches near each other.

Maintain a litter box for each cat and an extra box.

Place the food bowls and water dishes in various locations around the house.

Cats have their preferences, and if everything is plentiful and spread out, they will iron out territorial disputes much more quickly.

A feline personality clash could be another source of conflict. Cats don’t usually get to choose their housemates, and we humans don’t always do it right.

Sometimes cats get along well until the other cat is mistakenly associated with something frightening or unpleasant (such as fireworks or the smell of the veterinarian’s office).

Cats tend to disguise health concerns, but they may become reclusive or aggressive if they’re not feeling well. If the behavior continues, you should take them to the veterinarian for a checkup.

Any abrupt change in your cat’s behavior could indicate an underlying medical problem. Please contact your vet if you detect any odd physical or behavioral signs or if your cat stops eating.

6. Getting scents mixed up

Not recognizing the scent of a fellow cat is a regular occurrence when one of the home cats visits the groomer or veterinarian.

When the cat returns home, their previous feline pals either ignore or attack him.

The domestic cat evolved from a primarily independent and solitary species (the African or Near Eastern wildcat). In the wild, cats masked indications of stress or suffering to avoid being an easy target for predators. Due to their wild ancestry, even domestic cats tend to hide signs of stress or sickness.

To the greatest extent possible, you must manage and eliminate stress in your cat because stressed cats can become emotionally and physically ill, acquire physical ailments, and exhibit problem behavior.

Owners tend to note that the cat is unwell only after the cat experiences stress for a while.

Due to stress cats may lose their appetite, become ill, or act in ways their owners have never seen before, such as spraying pee against the inside wall or acting violently.

Observe your cat’s physical condition and behavior to detect anything ‘abnormal’ or ‘out of character’ that could indicate stress. The sooner you recognize that your cat is stressed, the easier it will be to fix the problem.

Some of the telltale signs of stress include:

Consider other types of aggression

Aggression by mothers: A cat with a litter of kittens may hiss, snarl, chase, swat, or try to bite another cat, though she may have been friendly before.

Play aggression: Kittens and young cats frequently engage in rough, vigorous play, as all feline play is based on mock violence.

As part of play, cats stalk, chase, sneak, pounce, swat, kick, scratch, ambush, attack, and bite one other. It’s mutual if they’re playing. They frequently switch roles. In the play, their ears are usually forward, their claws are out but do not injure, and their bodies lean forward rather than back.

Suggestions for keeping your cats under control

Allowing the cats to “fight it out” is never a good idea. Cats don’t solve their problems by fighting, and when they do, the fighting frequently escalates. Clap your hands or spray water to interrupt hostility.

1. Cats should be neutered

Males who are physically intact are more likely to engage in aggressive behavior.

Additional perches should be provided. Your cats will be able to spread themselves out more with more hiding locations and perches.

Leave your angry cat alone and give her space rather than attempting to quiet or pacify her. If you get too close, she might whirl around and direct her rage at you.

Encourage desirable behavior by rewarding it. When you witness your cats interacting in a nice manner, reward them with praise or treats.

Pheromones are a good option. You can buy a product that smells like a natural cat odor (which humans can’t detect) to help calm things down.

While the aggression problem is being treated, apply a diffuser.

If the aggression is mild, or if it occurs between two cats who used to get along

Separate your cats for a few days or weeks in different rooms, with separate beds, dishes, and litter boxes. Your cats can hear and smell each other without having to engage in this way.

Place the food bowls of the cats on opposite sides of a closed door. Your cats will have a reason to stay close to each other while doing something that makes them happy.

Every day, alternate the cats’ rooms so they can smell each other’s scent. You will need assistance to switch the rooms.

If your cats seem relaxed after a few days, open the door an inch.

If they remain calm, you can open the door a bit more, then a little more.

If the cats remain calm, you can keep them together.

If they show aggression, such as growling, spitting, hissing, swatting, or other aggressive behaviors, separate them once more and repeat the gentle reintroduction procedures outlined below.

Some cat parents have found that rubbing a little tuna juice on their cats’ bodies and heads helps. The cats become so engrossed in grooming, a calming activity, that the other cat is less likely to bother them. If things go well, the cats may groom each other because they can’t reach the juice on their own heads.

In case of severe aggression

Consult your veterinarian if the aggression is severe or occurs between cats who have never gotten along.

2. Keep your cats apart for longer

Keep your cats apart for a longer period of time, as suggested above, and then reintroduce them gradually, over several days to a few weeks.

Instead of opening the door for reintroducing the cats, conduct daily reintroduction sessions that gradually bring the cats close to each other under observation.

Only leave your cats alone together if they can eat and play quietly within a few feet of one another. Trust them only for short periods of time at first, then gradually extend their time together.

4. Talk to your vet about behavioral medicine

Behavioral medicine may be useful in reducing the hostility of a dominant cat and the terror of a fearful cat, allowing the reintroduction to go more smoothly and quickly.

5. Ensure that everyone has enough playtime

When one cat (usually the younger, more active cat) chases the other cat in play, it’s sometimes misinterpreted as hostility when it’s simply the result of the cat’s daily energy needs not being satisfied.

Cats have a lot more energy than most people realize. If we do not meet our cats’ energy needs regularly, the more energetic cat may chase the less energetic or active one. This may prove to be fun for the active cat, but not so much for the less active one.

Play is also a fantastic way for cats to de-stress. Cats believe they are hunting when they play, and play can increase a cat’s confidence while simultaneously expelling physical and mental energy.

6. Give the cats a reason to get along with one another

Give cats who fear/mistrust one another a reason to like one another.

What does this imply for felines? When the other cat is around or notices the other cat, provide them with something, they enjoy. This usually entails offering the cats food or a treat!

Positive associations can be formed through playtime and grooming (if your cat enjoys being brushed).

It will take time to get results, and this is a long-term process that demands consistency.

Be mindful of any changes in the environment that can make your cats feel unsafe.

7. Limit changes to the environment

Cats are sensitive to changes in their territory, and if they feel less comfortable and secure in their home, this might lead to tensions between the cats.

Construction outside or inside the home, for example, a change in routine or introducing new people or animals into the house, are all examples (to name only a few possible stressors).

Take steps to reduce the impact of these changes whenever possible.

Gradually refers to the pace at which the fearful or under-confident cat moves. This might be a new cat or an old one.

It’s up to the cat to set the pace, which could be days, weeks, or months. The cat owner’s responsibility is to provide an atmosphere that allows the cat to feel safe and confident in the new territory and/or with the other cat while proceeding at the cat’s pace.

It’s critical to recognize that cats don’t “figure things out.” If cats do not get along, tensions will only grow unless correct introduction or reintroduction procedures are followed.

You can also contact a veterinary behaviorist or a Certified Applied Animal Behaviorist, who will evaluate the situation and help to find a solution to address the conflict between your cats.

Some cats may just not be able to coexist harmoniously though you try hard. Since persistent stress and tension are unhealthy for people and animals, it may be more compassionate to keep them permanently separated in the house or find another home for one of them, than subjecting them to years of unpleasant coexistence.

Introduce each resident cat to the newcomer individually if you’re bringing a new cat into a household with many cats.

You can start allowing all of your cats to socialize as a group after each of your cats has met the new cat one-on-one.

If your cats are content in their surroundings, they are more likely to get along. Take a look at how your house is laid out.

Make sure your cats have plenty of places to hide. Some cats prefer to sit on shelves and perches in kitty condos.

On the other hand, Frightened cats will hide under and behind things, so make sure there are plenty of hiding places at ground level.

Food, drink, and litter boxes should all be out in the open, so your cats don’t feel trapped when using them. Ensure to have at least one spare litter box for each cat.