Why do Australian Shepherds wiggle? 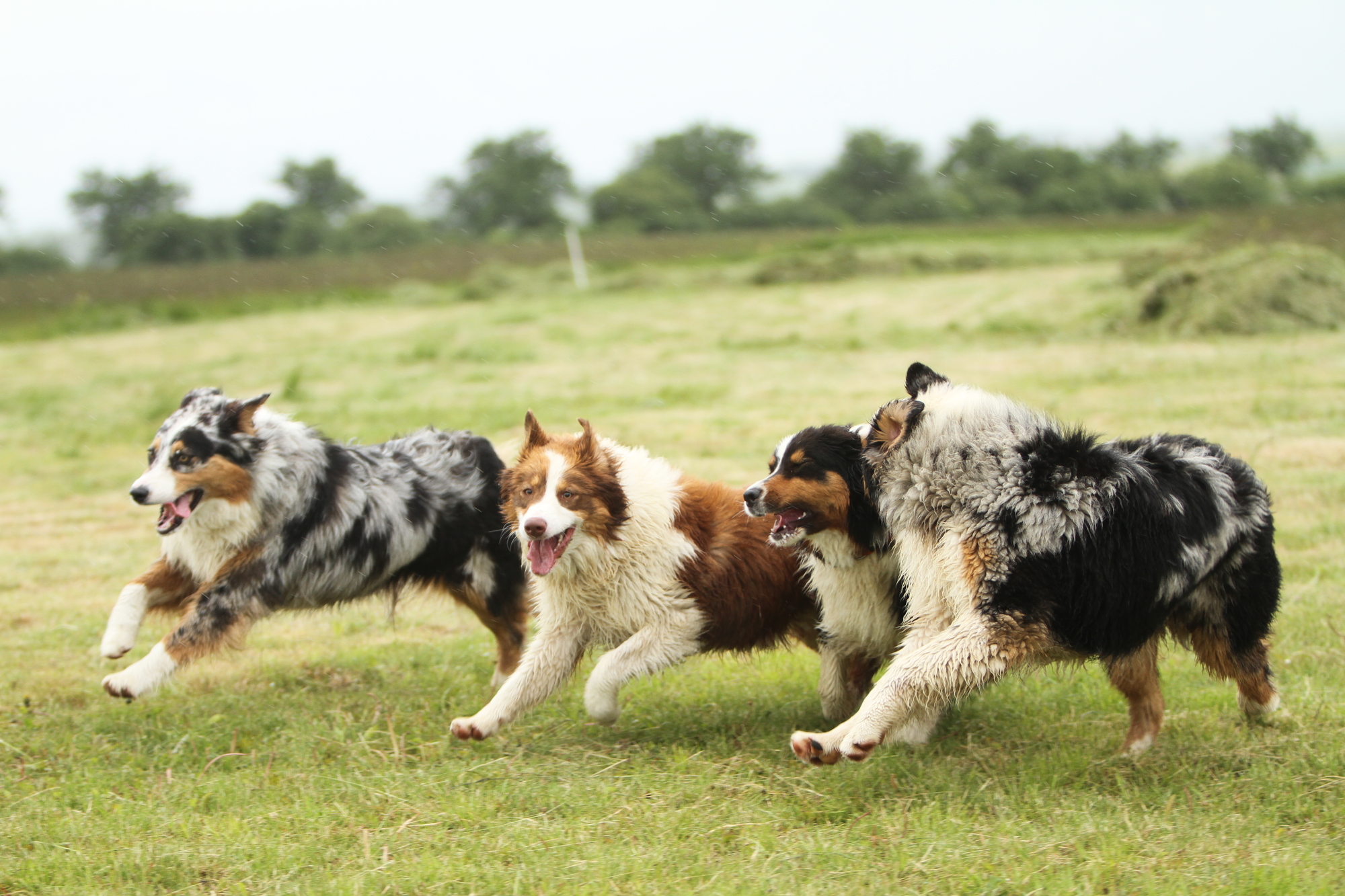 Australian Shepherds are not an easy breed to manage, but most owners will agree that they are among the most delightful friends to have.

These herding dogs have a protective nature and a bad reputation, but like with any breed, good leadership and proactive training can result in well-adjusted, well-behaved best mates.

Owners and caregivers of Australian Shepherds often bond over their shared experiences with these dogs in the home.

A dog with lovable peculiarities

They are lively, intelligent, and playful dogs with lovable peculiarities. The Australian Shepherd’s “wiggle butt” is the most notable of these breed-specific oddities.

If you own an Australian Shepherd, you know there’s nothing cuter than an Aussie’s ridiculous attempt at a bobbed tail wag.

A tail wag is more of a full-fledged booty shake for most Aussie dogs, in which they enthusiastically shake their entire hindquarters. This typical Australian Shepherd dog disposition is only one of many interesting facts about Australian Shepherds.

Australian Shepherds are well known for their tailless appearance.

While other dogs, such as Boxers and French Bulldogs, are also recognized for having a short back end, the back end of an Australian Shepherd dog is somewhat iconic in the canine community.

The breed’s tailless appearance makes them look like lovely little bears, and when they get agitated, it’s a beautiful display.

The origins of the behavior

Despite their name, Australian Shepherds are an American dog breed. They were raised as herding dogs and worked on farms with farm animals.

Docking or shortening the tail has been a common technique since the Australian Shepherd Club of America initially recognized the breed. Today, an estimated 28% of all Australian Shepherds are born with naturally bobbed tails, with a tail length of four inches or less being ideal.

The tail is a highly significant part of a dog’s body and is used to communicate various sentiments. With such a diverse range of naturally existing tails, the Australian Shepherd developed a unique mode of communication.

Furthermore, the more happy your dog is, the more he will wiggle his buttocks! This unique expression indicates joy and happiness, and when your dog is delighted, the movement can be so intense that your Australian Shepherd curls into a U-shape!

Australian Shepherd enthusiasts have created T-shirts and other gear centered on the dog’s signature wiggle-butt, and the behaviour is both entertaining and charming to those who observe it.

How to get your Australian Shepherd to wiggle his butt more?

If your Australian Shepherd is happy, he should be wagging his tail wildly.

The behavior indicates that your dog is comfortable at home, with you, and with any other pets or companions, he may meet throughout the day.

Australian Shepherds, on the whole, require a lot of exercises and mental stimulation to be happy.

Their ancestors were herders, which means they are conditioned to run all day while making their own decisions about how to best guide animal stock back home. You will need to be an active participant in your dog’s life from puppyhood to old age.

Keeping your Australian Shepherd happy and comfortable is the best way to get him to wiggle his butt often.

There are two characteristics of the Australian Shepherd breed that stand out more than others. These dogs are highly active, and they can be hostile toward other animals compared to other herding dog breeds.

Most Australian Shepherd owners believe that these two characteristics are the most common reasons they struggle with their dogs. They are, however, a very trainable breed that is also eager to please.

How lovable is this breed?

Even if your Australian isn’t particularly cuddly, that doesn’t mean he doesn’t adore you! Dogs, like humans, express affection in different ways, and some like cuddling more than others.

If you’re wondering how your Aussie is giving you his affection, cuddler or not, here are some telltale indicators.

If your dog brings you his favorite toys, he hopes to play with you and make you happy. Because he is happy with his toys, he expects you will be as well. Asking for play is a sure sign that your dog appreciates being with you.

2. He’s showing you his tummy

While cuddling places a dog in a vulnerable position, he can still show you his vulnerability without being so near. When your dog exposes his tummy to you, he demonstrates his faith in you. Even if he isn’t too affectionate, this is his way of expressing that he knows you won’t hurt him and that he feels safe around you.

Do you get a lot of nose nudges from your Aussie? This could be a sign of love. Your dog is seeking affection, but he also wants to evaluate you. He wants to know where you’ve been and if you’re okay by sniffing you.

Dogs’ noses can pick up a lot of information. His nose nudging could signify that he is checking on you and seeking attention from you.

When your dog sits directly on you, he establishes that you are his! An Aussie has just claimed you. You might believe he merely thinks he’s a lap dog, but he might also want you to know he chose you. What a privilege!