Which cats stay small? Small cat problems you should know 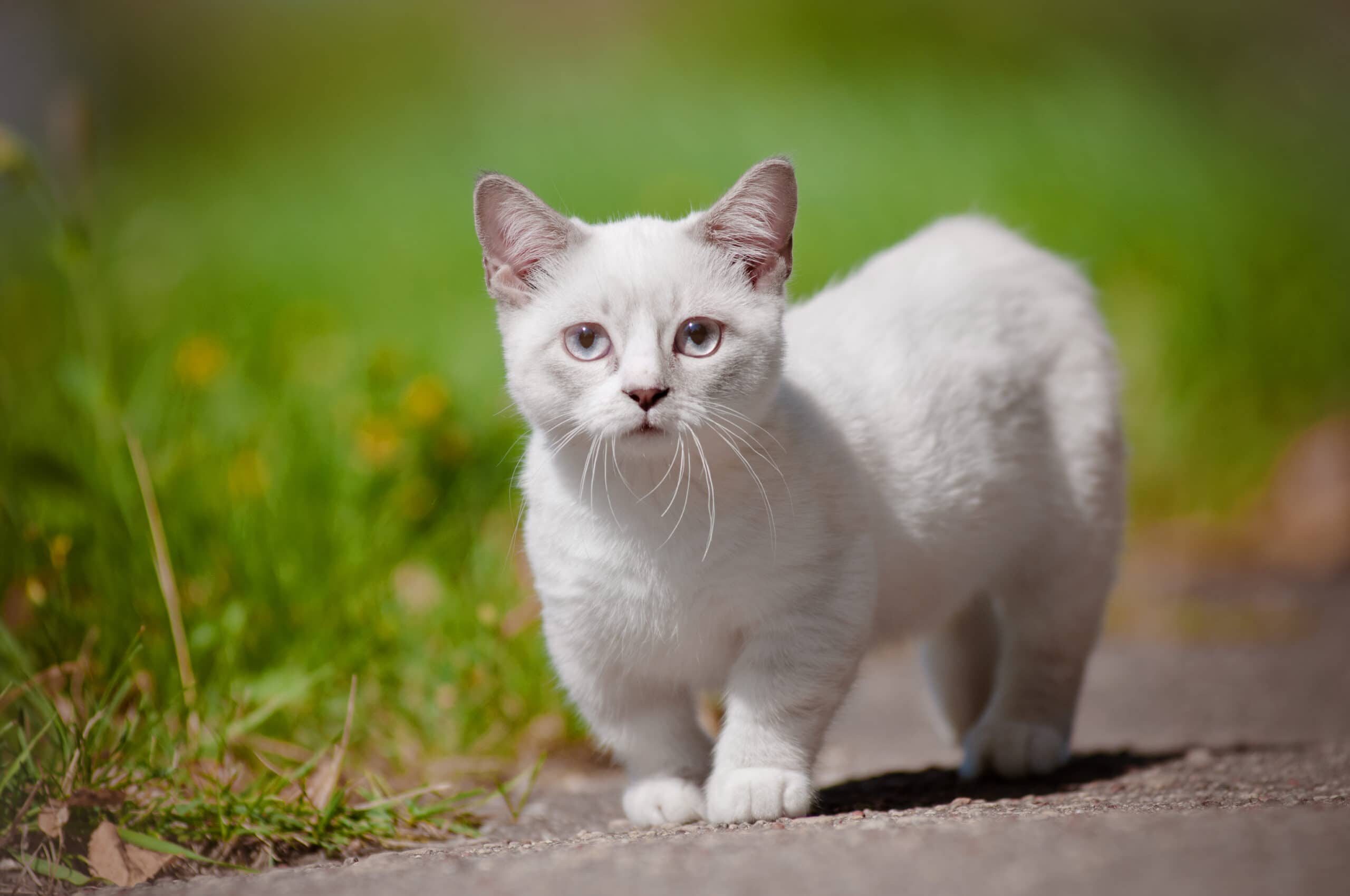 There is a growing interest in small cats and as a result pet lovers are interested to find out which cats stay small forever.

The category of small cats include Dwarf, Miniature, and Teacup cats, which are becoming increasingly popular.

However, before buying a mini cat, you need to understand the differences among the various small cats and things to consider.

There are three types of small cats:

They have the same trait of being small when fully grown, but there are subtle differences.

If you’re looking for a miniature cat, be aware that not all cat breeds are actual miniatures.

The size range for miniature cats is between 5 and 12 lbs, and cats at the lower end of the spectrum are not miniatures but runts sold as miniatures.

Due to the present craze for miniature cats, less ethical breeders charge exorbitant rates for little or runty cats, and some “breeding programs” are nothing but kitten mills.

Genuine miniature cats originate from breeding lines where the size trait has been modified or controlled through selective breeding. The cats are small in size due to genetic mutation or continuous downsizing.

Genuine breeders place a premium on health, hygiene, and the people who adopt their cats.

Reputable breeders will limit the number of litter produced each year to protect the female cats’ health. They will exercise extreme caution to avoid excessive inbreeding of cats and to expand their gene pools continually.

The chondrodysplastic (short-legged) dwarf cat originates from the Munchkin.

Numerous dwarf breeds have been formed by outcrossing the Munchkin with a variety of regularly proportioned cats.

Dwarf cats are still in their early stages of development (since the mid-1980s), and dwarf cat breeders are now working to gain acceptance from the major cat registries.

Outside of the United States of America, dwarf cats are not frequently accepted.

Dwarf cats may be forbidden under the European Convention for the Protection of Pet Animals (European laws), and the British publication Cat World has criticized them.

Aside from chondrodysplastic dwarf cats, there are a few dwarfed breeds with normal proportions. These are frequently referred to as “mini” or “teacup” cats to differentiate them from short-legged dwarf cats. Sometimes it’s caused by a condition comparable to primordial human dwarfism.

There are currently multiple lines of Teacup and Toy Persians being bred, some resulting from spontaneous mutations and others as a result of constantly selecting and breeding the breed’s tiniest animals from each generation.

Teacup cats are just little cats that are “miniature” in size (meaning a size smaller than the category of cat called “miniature cats”).

Cats that are smaller than average occur for various reasons, including hereditary, hormonal, and environmental.

Miniature cats are typically around a third to a half the size of their larger breed counterparts.

On the other hand, a real Teacup Cat is born with hereditary dwarfism that causes the cat to be proportionately small all over, rather than just the legs. The discovery of this genetic aberration resulted in the Teacup cat’s popularity spreading like wildfire.

Most “Teacup” cats are, in fact, scams, according to many breeders.

Typically, these cats were runts, born prematurely, or were highly malnourished as kittens.

Take caution when purchasing “teacups” of any animal, as most tiny cats are born with significant health issues.

Due to their tiny size, taking them home before they are at least five months old is impractical. Cat specialists advise caution while adopting these small cats, as micro kittens are far more vulnerable than normal-sized kittens.

When selecting a miniature, exercise caution, as not all teacup cats are miniature or dwarf cats.

A cat’s usual size is around 7-12 pounds in some situations; consequently, some regular cats at the bottom of this range may resemble a miniature cat but will not be a true “miniature or teacup” because the cat’s genetic makeup is that of a normal-sized cat.

Because miniature cats can fetch higher prices, some unscrupulous breeders (remember, many breeders’ prime objective is ultimately monetary gain) will pass off a regular/small animal as a miniature cat.

A professional breeder will limit litters to protect the queen’s health and maintain a diverse gene pool to avoid inbreeding, which can lead to health problems and abnormalities in offspring.

Things to consider when purchasing a miniature

Teacup cats make excellent pets, but ensure that you receive the following from the breeder at the time of purchase:

If you are unprepared to take on the responsibilities associated with the Dwarf, Teacup, or Miniature cats, you should obtain a regular. Check out our list of the 10 best cat breeds for families.

Even though they are incredibly charming and exceedingly adorable, most of these smaller versions of cats suffer from health and physical problems.

They are cost more than other breeds of cats because they are challenging to breed and have a shorter lifespan.

Is it normal for a cat to be small in size?

Significant changes in a cat’s weight or stunted growth in a kitten are indicators of a disease or infection. As cat parents, we must be watchful and prepared to act, not by self-diagnosing but by bringing them to the veterinarian.

However, if you research your cat’s pedigree and discover that it is a member of a small-sized breed, you probably have nothing to fear. A small cat isn’t any less than “normal,” and as long as they’re eating correctly and living a regular life free of destructive or bothersome behaviors, you may enjoy their size for what it is!

Your cat’s size may be an inherited trait, a result of their struggle to survive as the tiniest of kittens, a symptom of an illness they battled, or they may be naturally thinner in the back end. If they’ve always been this way, all you need to do is accept them as they are!