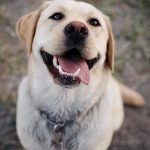 The British Labrador is intelligent, good looking and better yet comes with a charming personality, making them perfect as family pets or hunting buddies. Everyone can spot a Labrador Retriever. These sweet, medium sized dogs were bred for hunting purposes and enjoy the great outdoors. At the same time, they love spending time and playing
Read More 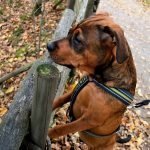 Reactive dog training helps to calm dogs that overreact to their environment by barking or lunging at other animals, people, cycles, cars, etc. Your dog is the sweetest, most loveable thing you know until another dog passes by on your morning walk! Reactive dog behavior is when a generally well-behaved animal has intense reactions to
Read More 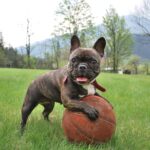 If you are considering which breed of dog you might want for your next pet, you have probably considered the French Bulldog, and with good reason! The French bulldog has ranked in the top five most popular dog breeds in the US, UK, and Australia in recent years. There is something about their flat square
Read More 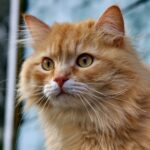 If you are a cat owner or are thinking about getting a cat, you will want to learn how to read cat body language. Cats are independent creatures who tend to be more reserved and cautious around humans. Unfortunately, this has given them the misunderstood reputation of being bad-tempered or indifferent to humans. Cat lovers
Read More 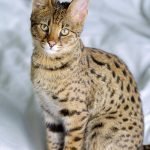 If you have never heard of the Savannah cat breed before, you are in good company. This beautiful, lean and slender breed is a relatively new hybrid breed that first began to be developed in the 1980s. The Savannah Cat is a cross between the wild serval of Africa and a domestic cat, a Siamese
Read More 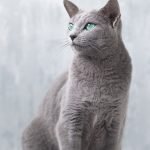 Initially dubbed the Archangel Cat, the Russian Blue cat lives up to its original name in the most regal, angelic ways. The breed is said to have originated on the Archangel Islands, off the coast of Russia. Furthermore, there are rumors that this breed was the pet of choice for the Russian tzars. In the
Read More 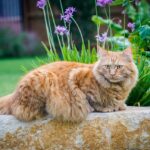 Maine Coon cats are a beautiful, large breed of cat often referred to as “gentle giants” due to their size and pleasant disposition. The breed is considered native to the United States, particularly the northeastern states, as they have been present there since the days of colonial America. Read on to find out why the
Read More 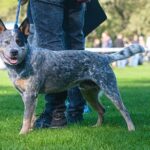 The Australian Cattle Dog has a fascinating history and can be an excellent addition to many households for various reasons but may not be suitable for everyone. If you are considering welcoming a new pet into your home, either for a working role or as a family pet, it is a good idea to
Read More 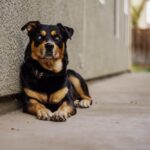 The Rottsky is a relatively new breed of designer dog, intentionally bred by crossing a Rottweiler with a Siberian-Husky. Though the large and muscular Rottweiler and the sled pulling Siberian-Husky are different in their physical features and personality, the Rottsky with qualities of both parents has turned out to be a good-looking dog with
Read More

Cat litter box odor can be hard to put up with and extremely embarrassing if you have company. Cats are known to be fussy about their restroom routines and so it is important to keep the litter box in top condition unless you are okay to put up with a mess at home. Below are
Read More