The British Labrador is intelligent, good looking and better yet comes with a charming personality, making them perfect as family pets or hunting buddies.

Everyone can spot a Labrador Retriever. These sweet, medium sized dogs were bred for hunting purposes and enjoy the great outdoors. At the same time, they love spending time and playing with their humans, making them great house pets.

Not everyone may know the difference between an American Labrador and a British Labrador. The differences are small and not even recognized by pedigree organizations. They are both categorized under the same breed for conformation shows.

However, the differences that are noticeable, both physically and in temperament, stem from breeding them for slightly different purposes.

American Labradors tend to be more hyper and ready to go. They were primarily bred for field shows in the US where the goal would be to retrieve as much kill as possible, so the more active, high energy dogs had the advantage.

On the other hand, the British (or English) Labrador has a much calmer disposition because the shows in the UK focus on obedience and ability to focus even in a chaotic hunting situation. There, dogs will be called one at a time to retrieve the correct bird. When it comes to show, the British Labrador has an upper hand in terms of its appearance, though American Labradors are also accepted.

If you are thinking about getting a British Labrador as a pet, here are some things you will want to know.

1. They come from a now extinct breed

All Labrador Retrievers are descended from the St. John’s Water Dog. This breed was first discovered in the 1500s in Newfoundland. It was useful to fisherman as its thick water-resistant coat helped keep it warm even in icy waters.

In the 1800s, the dog was brought to Dorset, England. There, the Earl of Malmesbury recognized them for their hunting potential and began breeding them for this purpose. Unfortunately, the original St. John’s Water Dog went extinct as taxes and lack of breeding programs prevented its reproduction as a distinct breed.

2. Their ancestors are actually from North America

As highlighted above, the St. John’s Water Dog was from Canada and later brought to England where it developed into the Labrador Retriever breed. You may find this somewhat ironic.

Now, the breed is split into two practical distinctions, but still qualify as only one distinct breed, Labrador Retrievers. In that sense, American Labradors still qualify as a British breed. Now that can get confusing quickly!

Because British Labradors tend to be bred for the purpose of shows and field tests that emphasize calm retrieval versus retrieving as much as possible, this created a branch of the Lab breed that is very relaxed and able to stay calm even in tense situations. This chill attitude makes the British Labrador a good fit as a family pet.

4. They have a special waterproof coat

The unique double coat of the British Labrador makes it particularly suited to outdoor and water activities. The undercoat is denser and helps insulate against the cold while the outer layer is longer with water-resistant properties.

The British Labrador enjoys being in and around water. If they manage to stay clean, you may only need to bathe them once every couple of months. However, if they tend to enjoy a romp through the mud or they become smelly, be prepared to pull out the soap suds and hose a little more frequently.

5. They will shed typically twice a year

During the times when they are molting and shedding, you will want to get a good brush and help them with the grooming process more regularly to prevent their hair from becoming matted.

6. There are three main coat colors

All labs (American or English) come in three main colors, either black, yellow, or chocolate. However, there may be slight variations, particularly in the yellow Lab. The yellow could come in a range from a very light, pale coat to a darker, almost red color similar to a fox.

The light-yellow color is more common among yellow British Labradors, while you’ll see the reddish color more often among American Labradors. Some Labradors have recently been bred with a silver coat (a mutation of the chocolate gene), however, this is not widely accepted in shows or among breeders.

7. Their tail is carried downward

Different from the more athletic, frisky American Labrador with a long whip-like tail, the British Labrador has a more otter-like tail. Their tail has a thick base that tapers gradually. It is often carried down close to their body rather than being wagged about.

8. They are bulkier than American Labs

The male British Labrador weighs between 70 and 74 pounds, while females average about 55 pounds. Being more compact makes them more visually appealing for conformation shows.

9. They have a square shaped head

The American Labrador tends to have a longer face, with the “stop” (the point where the nose and skull join) being less distinct. However, the British Labrador has a larger and heavier head, with a distinct stop. Their lovable, wide eyes are set far apart in their head.

10. They have a genetic component which makes them prone to obesity

In 2016, researches found that some Labradors lacked the POMC gene and that these dogs were more prone to obesity, weighing the average of a few kilograms more than dogs who had the expected POMC gene. The absence of this gene affects not only your dog’s weight and appetite, but even their behavior with other dogs. They also tend to be more obsessed with food.

Though both American and British Labradors were found to have this mutation, it seems to affect the British Labrador more, perhaps because of their propensity for calmer, more regulated behavior anyway while the American Labrador remains high energy and gets more action each day.

Because they have been bred for calm, precise obedience, the British Labrador make the list of easy-to-train dogs. However, it should be noted that they do still require training!

When we say “easy-to-train”, we mean it is much more likely that a regular dog owner will have success with training a British Labrador. Some breeds may require a professional trainer, but you will probably not need to take this step with a British Labrador.

Their love for food will really help you out here. Use it to motivate their behavior, but do not overdo it.

12. British Labradors are prone to some health problems

As with any selectively bred animal, they do have certain hereditary health problems to watch out for. The good news is that there are tests for many of these problems and if you buy a puppy from breeders who have checked the health of the parent dogs, you will have a good chance of a generally healthy animal.

Here are some of the things to look for.

Though these are possible risks, don’t let these potential problems scare you off from a lovable pet. Remember that all animals (just like all people) will face health issues at some point in their life. However, it is good to be aware of symptoms to look out for and also be aware of the potential cost of treatments in the worst-case scenarios.

13. They are affectionate toward humans

British Labradors, as all Labrador Retrievers, are dedicated to their masters and enjoy time with the family. They are affectionate and gentle, but also enjoy playing around.

Because of many of the qualities we have already listed, British Labradors make great family pets. Their calm disposition and affection toward humans make them a suitable pet, even for families with children or with other pets.

If you want a dog for hunting or sharing outdoor adventures with you, you will find more reasons to make a British Labrador your own. They can be easily trained for retrieval and assistance. Your dog will enjoy being outside and is not shy of the water. It will also thrive on play and activity.

15. They perform better in conformation shows

If you are looking for a Labrador Retriever for show, it is probably a safer bet to go with a British Labrador instead of an American one.

Though American Labradors are accepted, British Labradors tend to score higher marks because of their physical appearance and calm demeanor when on the floor. 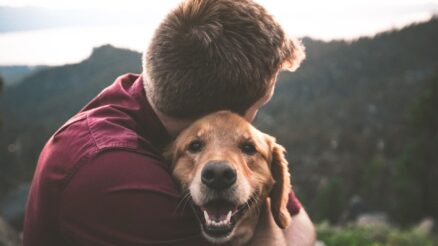 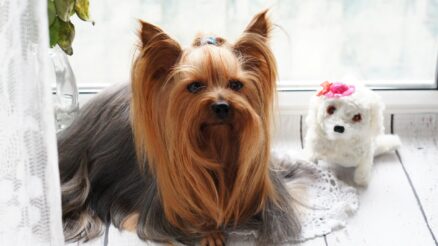 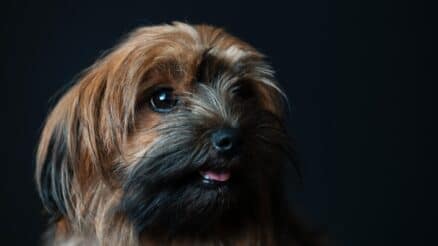 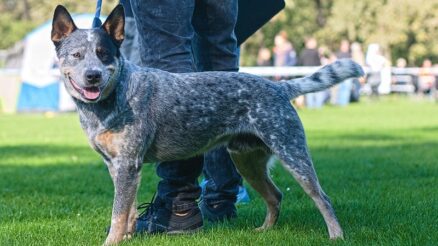